A cluster computer is a group of (usually locally) networked computers that distribute computing tasks across each individual computer in order to replicate the function of a supercomputer. Cluster computer systems are elaborately set up in comparison to a single supercomputer solution, but cost-effectiveness and modularity make cluster computing more versatile and appealing.
Storage clusters provide a consistent file system image across servers in a cluster, allowing the servers to simultaneously read and write to a single shared file system. A storage cluster simplifies storage administration by limiting the installation and patching of applications to one file system. Also, with a cluster-wide file system, a storage cluster eliminates the need for redundant copies of application data and simplifies backup and disaster recovery. Red Hat Cluster Suite provides storage clustering through Red Hat GFS.Load-balancing Clusters Load-balancing clusters provide a more practical system for business needs.
As the name implies, that system entails sharing the processing load as evenly as possible across a cluster of computers. That load could be in the form of an application processing load or a network traffic load that needs to be balanced.
Such a system is perfectly suited for large numbers of users running the same set of applications. Each node can handle part of that load, and the load can be dynamically assigned between the nodes to balance it out. The same holds for 5 Cluster Computing network traffic. Often network server applications take in too much incoming traffic to be able to process it quickly enough and thus the traffic needs to be sent to network server applications running on other nodes. That can also be optimized according to the different resources available on each node or the particular environment of the network.- Cluster deliver load balancing performance
– Commonly used with busy ftp and web servers with large client base
– Large number of nodes to share load
– Front end dispatching node
– Pool of inexpensive
– Back-end servers
– Redirect transactions
– So NO one system is overloaded
– Node failures in a load-balancing cluster are not visible from clients      outside the clusterUsed For
Dispatching Web Traffic 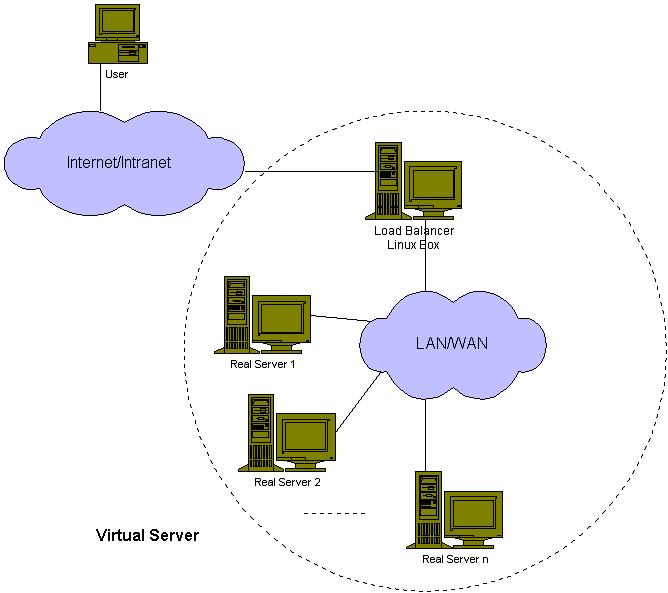 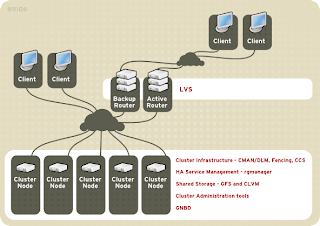 High-availability clusters (Failover Clusters)
When any node fails the cluster automatically fail-over services from the node down
to another.
High-availability clusters exist to keep the overall services of the cluster
available as much as possible.to take into account the fallibility of computing
hardware and software. As the primary node in a high-availability cluster fails, it
is replaced by a secondary node that has been waiting for that moment. That
secondary node is usually a mirror image of the primary node, so that when it does replace
the primary, it can completely take over its identity and thus keep the system environment
consistent from the user’s point of view.
With each of those three basic types of clusters, hybrids and interbreeding
often occur between them. Thus you can find a high-availability cluster that can
also load-balance users across its nodes, while still attempting to maintain a degree of high-
availability. Similarly, you can find a parallel cluster that can also perform load balancing
between the nodes separately from what was programmed into the application. Although
the clustering system itself is independent of what software or hardware is in use, hardware
connections play a pivotal role when it comes to running the system efficiently- Avoid downtime of services- Avoid single point of failure- Always with redundancy- Almost all load balancing cluster are with HA capabilityCont. High Availability :

It consists of a collection of interconnected stand-alone computers cooperatively working together a single, integrated computing resource.

A node:
– a single or multiprocessor system with memory, I/O facilities, &OS
– generally 2 or more computers (nodes) connected together in a single cabinet, or physically separated & connected via a LAN appear as a single system to users and applications provide a cost-effective way to gain features and benefits

Differences between H/W and S/W Cluster 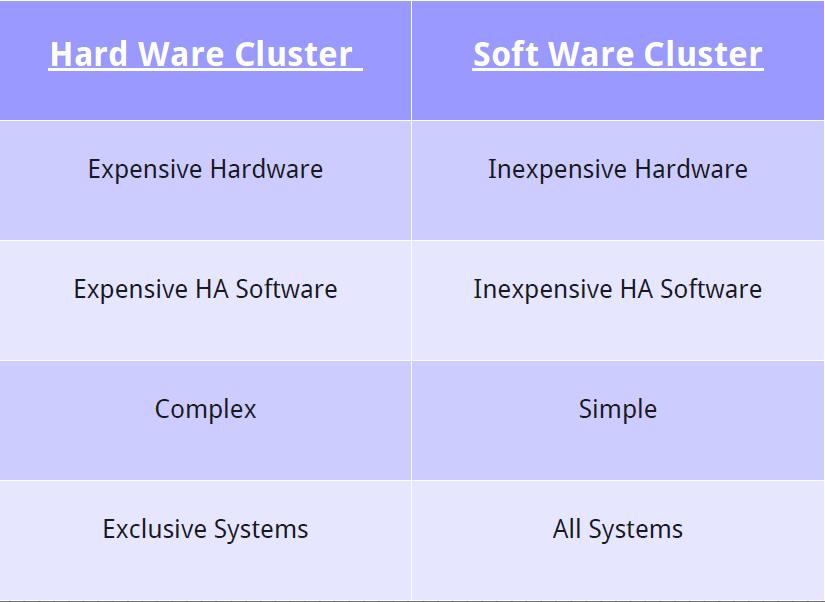